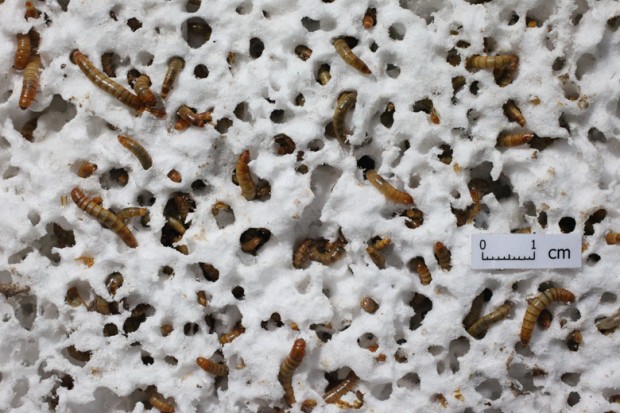 The research published this week in the journal Environmental Science and Technology as a pair of studies (here and here) found that 100 mealworms ate up to 39 milligrams of Styrofoam each day and within 24 hours excreted what they didn’t use into what the news release described as “biodegraded fragments that look similar to tiny rabbit droppings.” This excrement, Wu said, appeared to be safe in the soil for crops.

Source: ‘This Is a Shock’: Scientists Put Mealworms on a Diet of Styrofoam and Were Surprised to See What Happened | TheBlaze.com